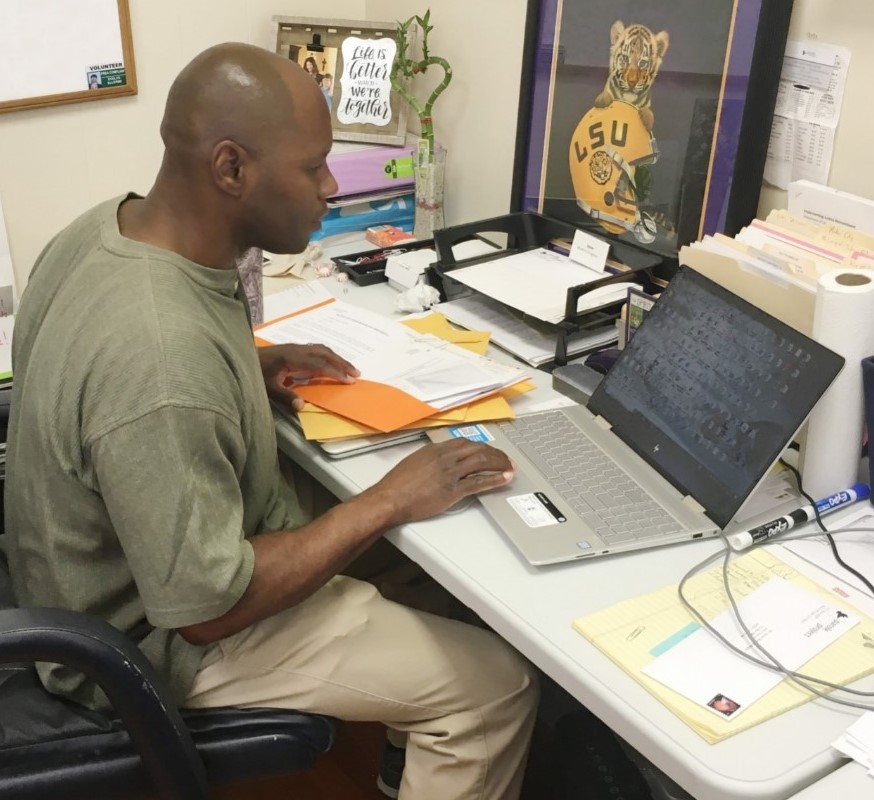 With the passage of the Louisiana Justice Reinvestment Initiative in 2017, many formerly incarcerated individuals received a second chance.  One was Mr. Louis Gibson, who came to Joseph Homes after spending 25 years in prison.

While living at Joseph Homes, he underwent a two-week intensive course from the Louisiana Parole Project to acclimate to society. After completing his transition, he was hired by them as a re-entry specialist.  He now helps released individuals transition back into society with tasks like getting their driver’s license, social security cards, and making sure they attend support groups to keep them on track. Louis was recently selected to go to Washington, DC to talk about prison reform and re-entry.