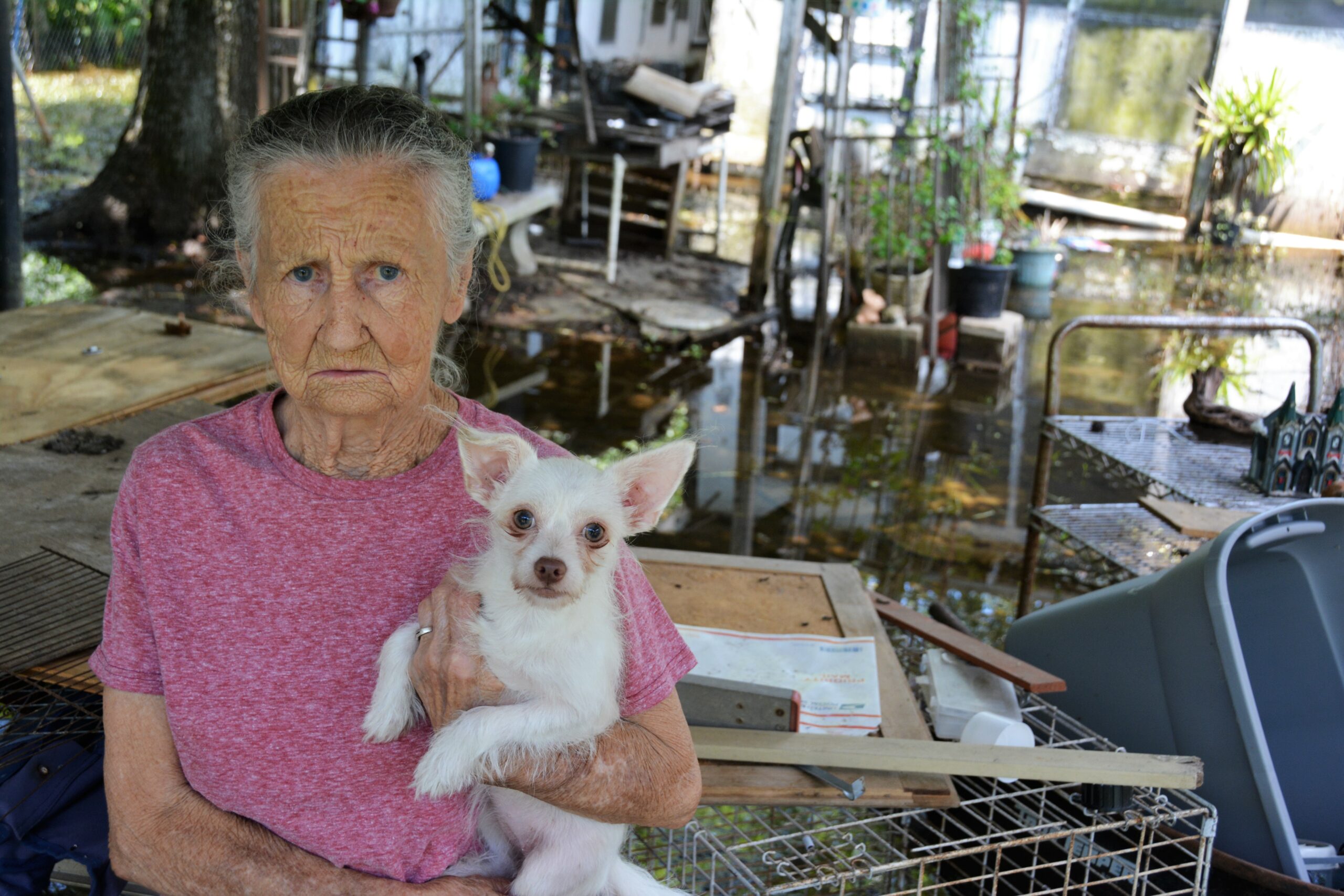 The stench of wet wood and mold, cooked under the Louisiana sun, smothers you as you walk into Janet Derrick’s house. The floors remain wet a few days after a dam broke in Iberville Parish. The flooring gives way under each step. After delivering a meal, we asked Janet: “What else do you need?”

“A starter for my lawn tractor. If you can get it, I’ll put it in,” said Janet, who at 83, embodies the strength of people in Bayou Pigeon, a Cajun village at the southern end of Iberville Parish. Janet pronounces her name “Zha-neh” in Cajun French, an archaic patois of French mixed with other languages that evolved uniquely in colonial South Louisiana.

Bayou Pigeon is a community that you drive into from the east, but to go west, you best bring a boat. Beyond the road, the Atchafalaya Basin clutches you with its backwater bayous and the deep green of ancient swampland. The Basin is the location of History Channel’s “Swamp People” and the nation’s largest and most productive river swamp system.

The water had already come out of the Basin and into homes in Bayou Pigeon from one of the wettest springs on record. Then came the rain of May 17.

A two-lane road snakes like a causeway passing through a deluge, water lapping at its shore, surrounding houses that sit like islands in a lake. Some are sandbagged, a pitiful attempt to wall out the water that within four hours on May 17 dumped up to 15 inches of rain in the area.

Janet’s house had no sandbags. Water, mostly gone from indoors, still filled the side and back yards of her house.

Next will not come immediately, and she needs help now. Next will involve declarations of disaster, FEMA registrations, home inspections, and the slow grind of the federal bureaucracy. Even after all that, Janet’s home will likely remain as is, soft with rotting walls and floors because she couldn’t afford insurance.

But you can make a difference. Catholic Charities USA, along with its local agencies is expert at filling gaps in service, serving the most vulnerable who, but for Catholic Charities, may never see the “next.”

To help people like Janet figure out what’s next, donate here.

By David Aguillard, Executive Director, Catholic Charities of the Diocese of Baton Rouge